At the final presentation of hackathon event “LIVE HACKASONG vol.3” by Billboard Japan and Cip Council held on Billboard Live Tokyo on 17th October, the YEAAH team’s project, we received double reception of the Grand award & the venue award by voting for the general public who attended! The name of the work is “LINE Pay Live Takeover de heart and heartfelt excitement”. (Slightly longer)
It is a service that utilized LINE Pay for live gaming, and it has become a device to change the image production according to the disposal to make the whole venue excitement. It is said that the spread of electronic money will proceed further, and it was evaluated by utilizing it as a prompt as soon as possible. Moreover, its contents which can be expanded not only to live but also various scenes such as shopping street events.
It is going to be on display at Billboard Live for one month, but if you are interested, please do not hesitate to contact us.

We were also very happy because we did not have an award in these events.
It was a moment when everything was rewarded though there was also a difficult time due to Hackathon spanning over three months.
We are also thankful to everyone who has taken care of me so far, Thank you again!

In order to make use of this valuable experience, YEAAH will further promote.
Humbly thank you in the future.

Also thanks to Puskás who gave a demo performance at the time of presentation, please let me introduce here as well.

Puskás is a solo project launched by singer-songwriter Katsuhiro Kanzaki and has created the unique sound inspired by a wide range of genres including R & B, black music such as acid jazz, Western POPS after EDM, rock, country. (By the way, I heard that the band name was taken from a Hungarian soccer player)
On the day, although the life was done, the venue was fascinated with a variety of sounds that I could not imagine playing with three people. Even at YEAAH ‘s workplace, we will continue to heavy rotation so please listen to everyone!

お知らせカテゴリ
Infomation from YEAAH and Media 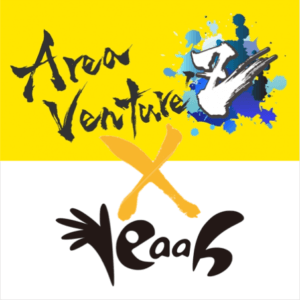 We started a hands-on tour of Smart Compass in Osaka!

We were interviewed by web media, TACHIAGE.